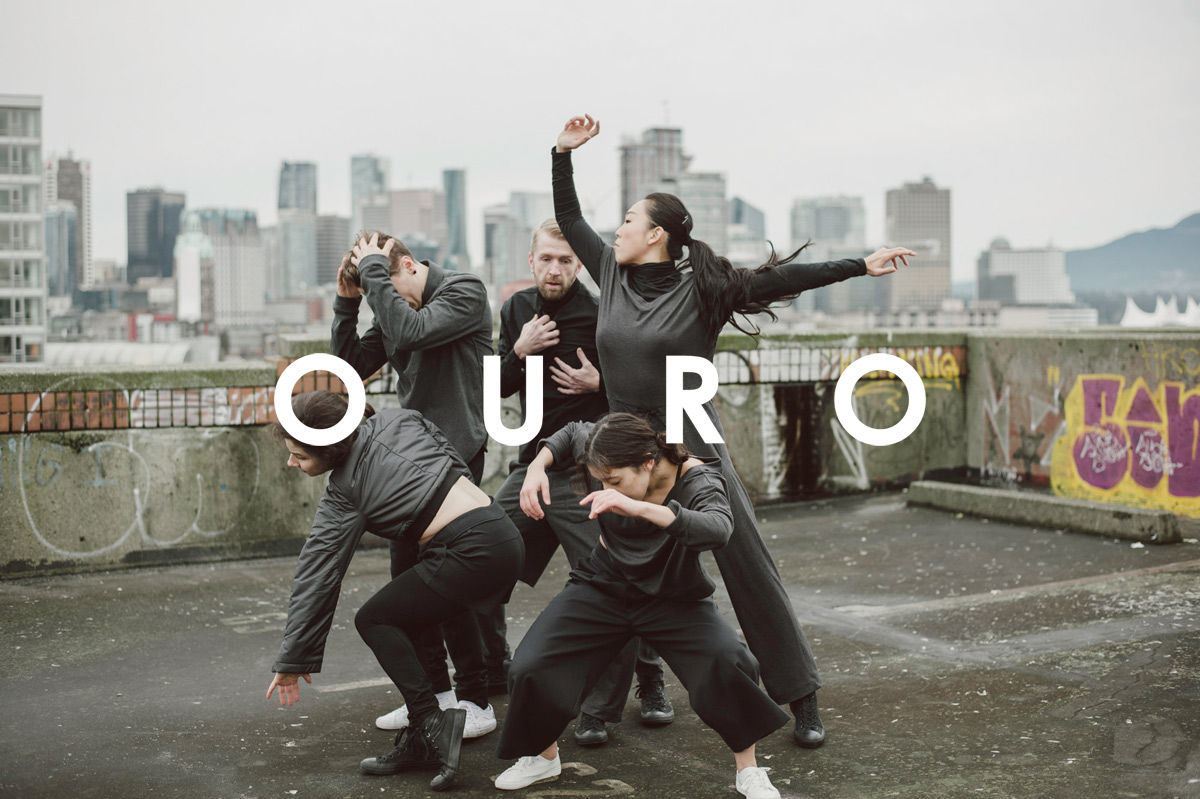 OURO is an eclectic, Vancouver-based dance collective that uses hip-hop, waacking, breaking, and contemporary dance as the foundation for the creation and production of new work. As individual artists coming from diverse cultural and dance backgrounds, OURO sees collaboration as a catalyst for dialogue, creative innovation, and community building. United around the common goal of pushing the boundaries of how street dance-based works are created and presented, OURO is dedicated to creating performances that explore the full range of possibilities and identities the group represents.

OURO Collective made its official start in September of 2014. Their first collaboration presented itself in November 2014 with photographer Jourdan Tymkow using OURO as subjects for her project, An Embedded Memory. From this process OURO created a site-specific work, which was presented at Serpens Gallery and served as the première for both OURO and Miss Tymkow.

In their second season, they embarked on three new works: a commission (Kaleido) by Tentacle Tribe (Montreal), a collaboration with Vancouver-based photographer/art director Jourdan Tymkow, and a new work by OURO Collective, entitled PACE. They presented PACE at Dance Allsorts and premiered the work along with Kaleido at Studio 1398 in a self-presented evening. Ms. Tymkow’s site-specific piece, Visceral Murmurs premièred at VIVO Media Arts Centre and gave the collective the opportunity to be part of a lululemon lab artist talk and resulted in having a full display of their process with Miss Tymkow, in lululemon lab’s store window. OURO also presented Kaleido at Dancing on the Edge and PACE at CypherFest International Street Dance Festival in Whitehorse, Yukon both in July of 2016.

In season three they performed PACE at ALT Fest, Guelph Dance Festival, Vancouver International Dance Festival, participated in Share Dance Outreach Program and created their first full-length work, entitled TANGENT. TANGENT premiered at the New Works at Night Series in May 2017 at The Orpheum Annex. They soon after took the show to Tokyo, Japan, were they were also commissioned to create a new work on the Yarita Yu Ballet.

Currently in their fourth season they are taking TANGENT on tour throughout BC, going back to Japan for a performance of PACE and creating another commissioned work while OURO member Antonio Somera directed a trio, which was recently performed at The Cultch. Upcoming shows include The Seattle International Dance Festival, Bass Coast and Shambhala Music Festival, and Kaleidoscope Festival.

In addition to their performances they have worked on a music video for the band the Brasstronaut, featured in the Spring/Summer 2017 Trendbook (Paris and Frankfurt), Pecha Kucha Vancouver, 24 Hours Newspaper, Dance International, Booooooom and profiled by CBC Arts documentary series, Exhibitionists.

The name OURO comes from the Greek word ouroboros, which often symbolizes self-reflexivity or cyclicality, especially in the sense of something constantly re-creating itself. In the context of the arts, this is the ultimate goal: infinite creation. 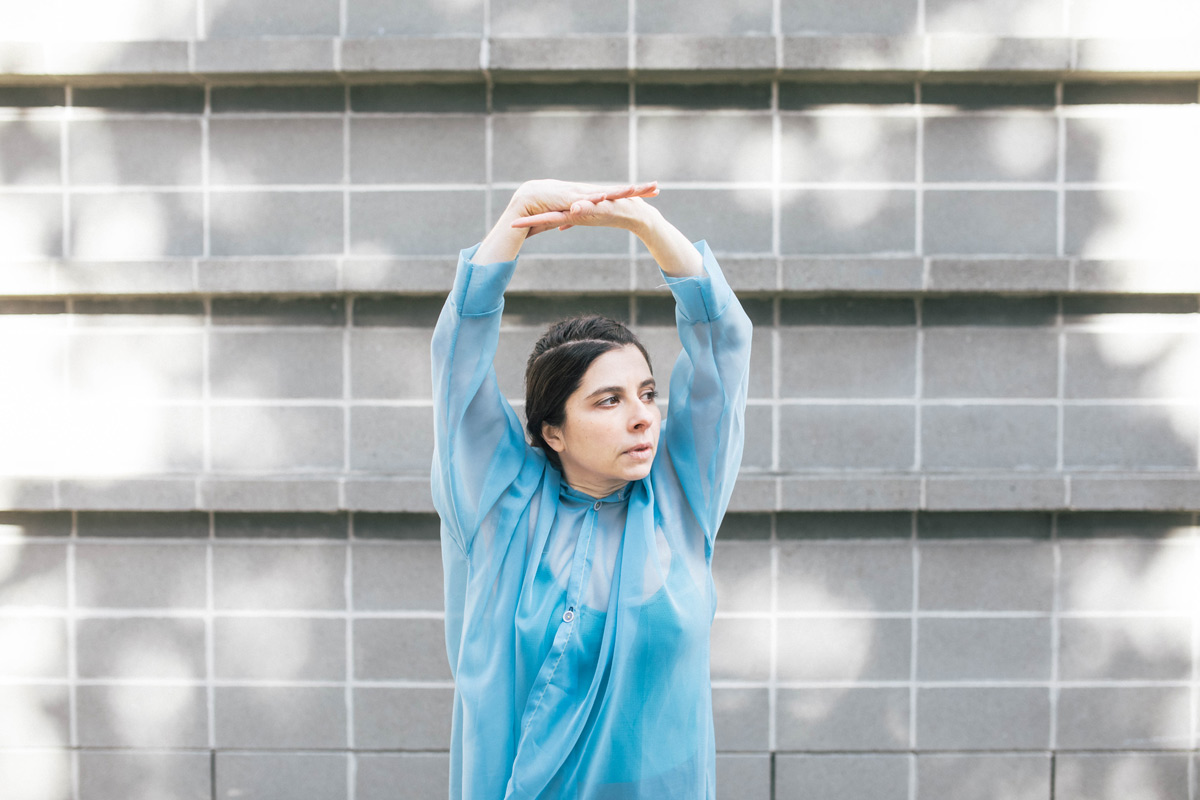 Starting out as a self-taught dancer from Surrey, B.C., Cristina Bucci has trained formally in Vancouver, Los Angeles and London, in styles ranging from locking, hip-hop and jazz. Her career has taken her around the globe and seen her participating in equally diverse projects with a variety of artists. Some highlights include her work with the International Dance Seminar in Brazil, Vancouver International Dance Festival, CypherFest International Street Dance Festival, touring to Japan with OURO Collective, Dancing on the Edge, recording artist Young MC, Indian opera singer Veera Devi Khare, dancer Lil Buck and spoken word artist Scruffmouth Scribe through the interdisciplinary performance series Brief Encounters. She has also toured Egypt and Israel with Big Fish Management alongside Lisa Brokop, and choreographed for C3: CreateLAB Vortex Dome at LA Center Studios. In addition to developing her skills as a dancer and choreographer, Cristina has been dedicated to her role as an educator and mentor, acting as assistant director of training company The SOULdiers for seven years, and as head of outreach dance program for Kidsafe and Share Dance. Her past twenty years of experience in the arts as a dancer, choreographer, collective member, and dance educator has seen her bring artistic excellence to all of her projects, as she continues to bring street dance-based work to the forefront of the arts in BC, Canada and beyond. 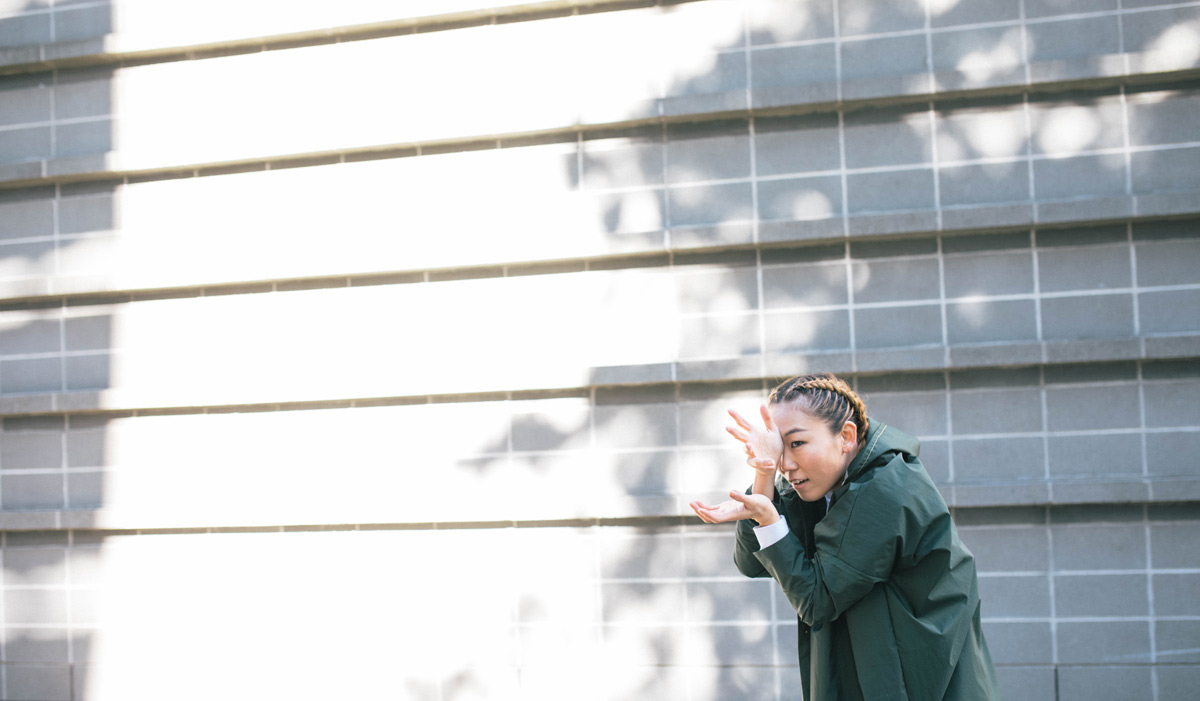 Maiko began her dancing at the age of four, studying at the Ecole de Ballet Classic and Tokyo Junior Ballet. After graduating high school, Maiko chose to pursue her training at Goh Ballet Academy in Vancouver, British Columbia. In an effort to challenge herself even further, Maiko began exploring other dance forms, immersing herself in the local jazz and hip-hop communities while continuing to teach and study at Source Dance Co. and Harbour Dance Centre. Throughout her career, Maiko has worked and choreographed for artists like Young MC, Elise Estrada, Cory Lee, Econoline Crush, as well as organizations/festivals like the Canadian Football League, New Balance, New Works, Dancing on the Edge, Lululemon, and Native shoes. She’s also appeared in major motion picture and television projects like Sucker Punch, Once Upon A Time, Hellcats, John Tucker Must Die, The Sorority Wars, Caprica, Impulse, Grave Halloween, Black Sash, and Mirror’s Edge 2. While well-versed in many styles of dance, Maiko’s current focus is contemporary dance. Building upon her work with 605 Collective and the response. dance company, her role as Co-Director of OURO Collective allows her to follow her passion for experimentation and collaboration with other artists. 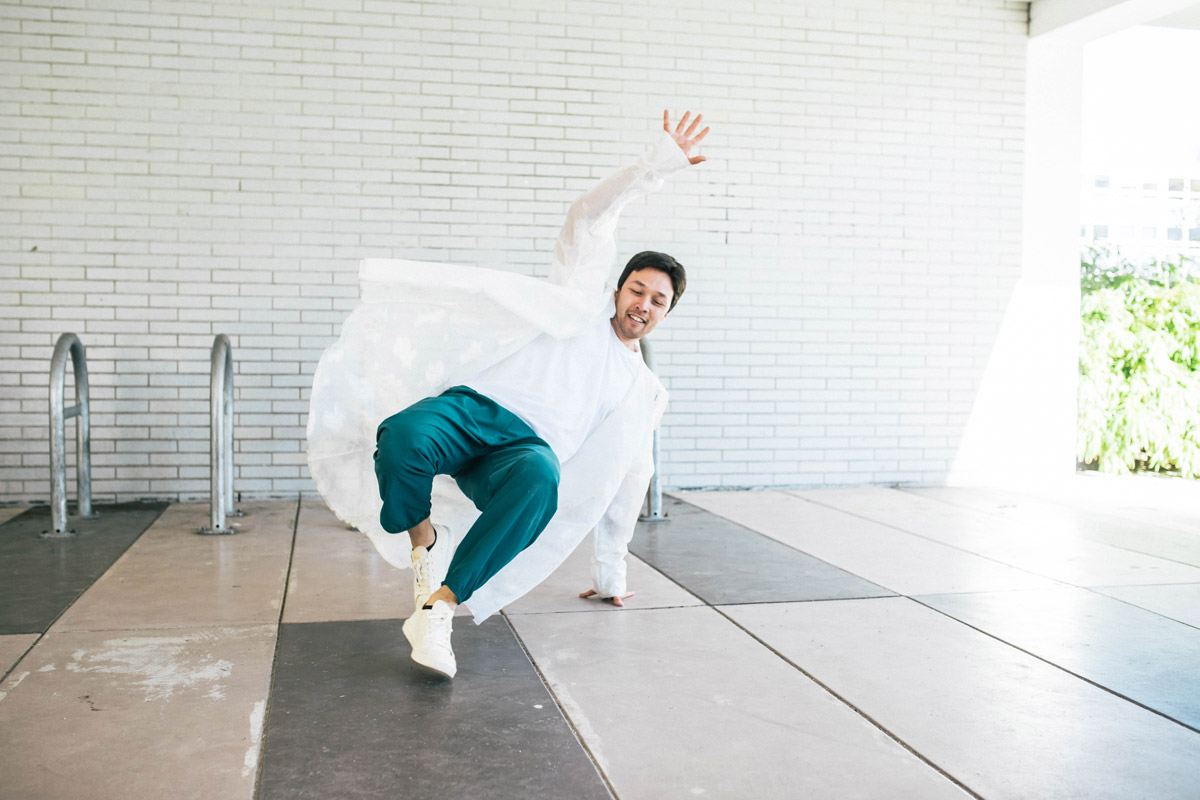 Dean has been studying the art of breaking/b-boying for the last 12 years and has become known for his creativity, originality, concepts and flow. Devoting his time to developing his skill and artistry as well as furthering his knowledge of the culture of hip-hop, Dean approaches dance with the mindset of a student, competing against (and learning from) the best in the breaking community. As a dancer, Dean has performed across British Columbia with dance crew Project Soul and competed in Ottawa, Seattle, San Francisco, Orlando, Los Angeles, and Holland. Dean also devotes his time to teaching and is committed to spreading his knowledge of hip-hop and b-boy culture through various outreach programs such as Blueprint For Life, which conducts social work through hip-hop. As an artist, Dean is committed to emphasizing the dance aspect of breaking as well as helping tear down the negative misconceptions about breaking culture in general. He has choreographed pieces for Project Soul, Pop up Dances, Dancing on the Edge, Dance Allsorts, New Works Season Launch, Dancers for a Small Stage (MovEnt) and has been collaborating and choreographing with OURO since its inauguration. 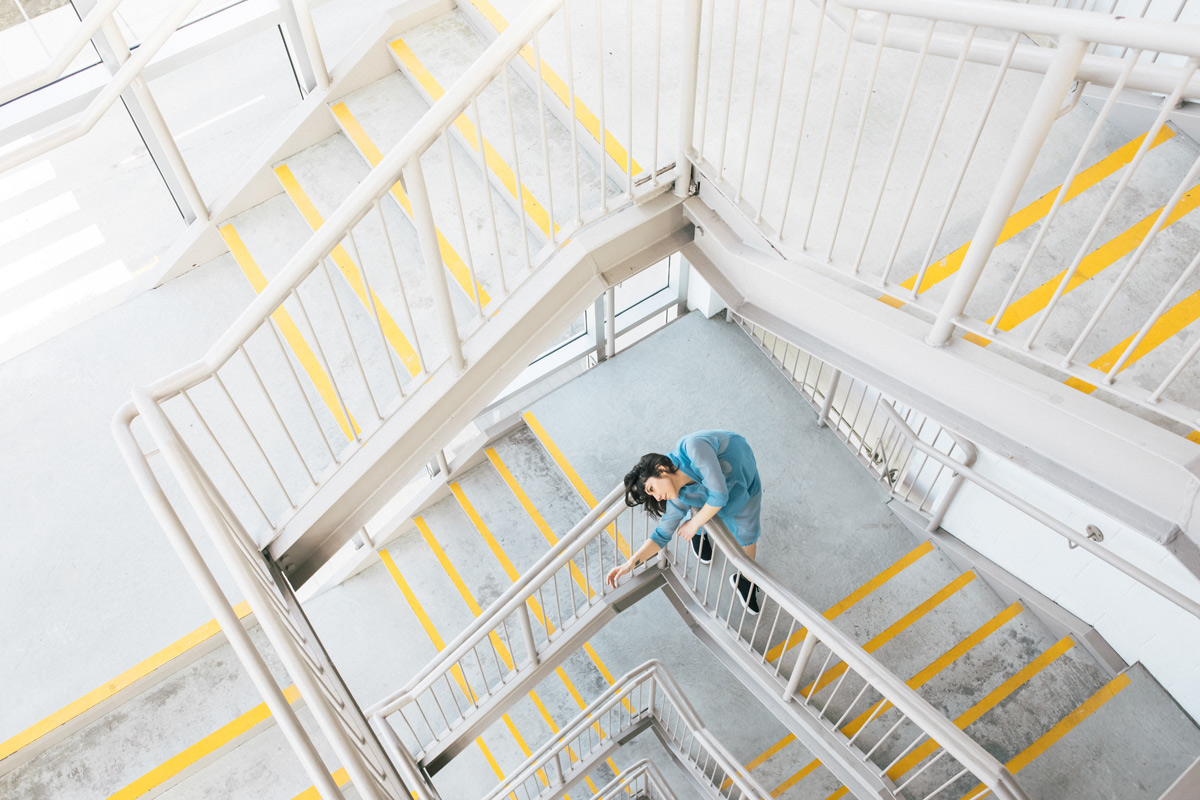 Rina’s versatility and artistry has allowed her to learn, perform, and compete across Canada, Asia, and the U.S.A. She began classical ballet at the age of 7, and immersed herself in street dance culture during her teen years. She has received scholarships from Souldiers Dance company, Vancity Project, and Urban Alchemy, which allowed her to learn from pioneers and original generation dancers. This sparked her interest in waacking, and All-Styles battles in which she is currently competing and judging. Given her choreographic and freestyle background, she has performed with various groups from all different genres, and has worked on commercial projects with companies such as Lululemon, Telus, Goldwell, Vancouver Art Gallery, and Samsung. Highlighted choreography credits include Dance Allsorts, New Works Season Launch, Dancing on the Edge, and Project Soul. On top of corporate and commercial work, Rina has been an active member of the Vancouver street dance scene, and has made it her priority to grow the waacking and hustle community. She is the director of eccentric waacking crew, Konichiwaack, and an original member of multi-style dance collective, OURO Collective. 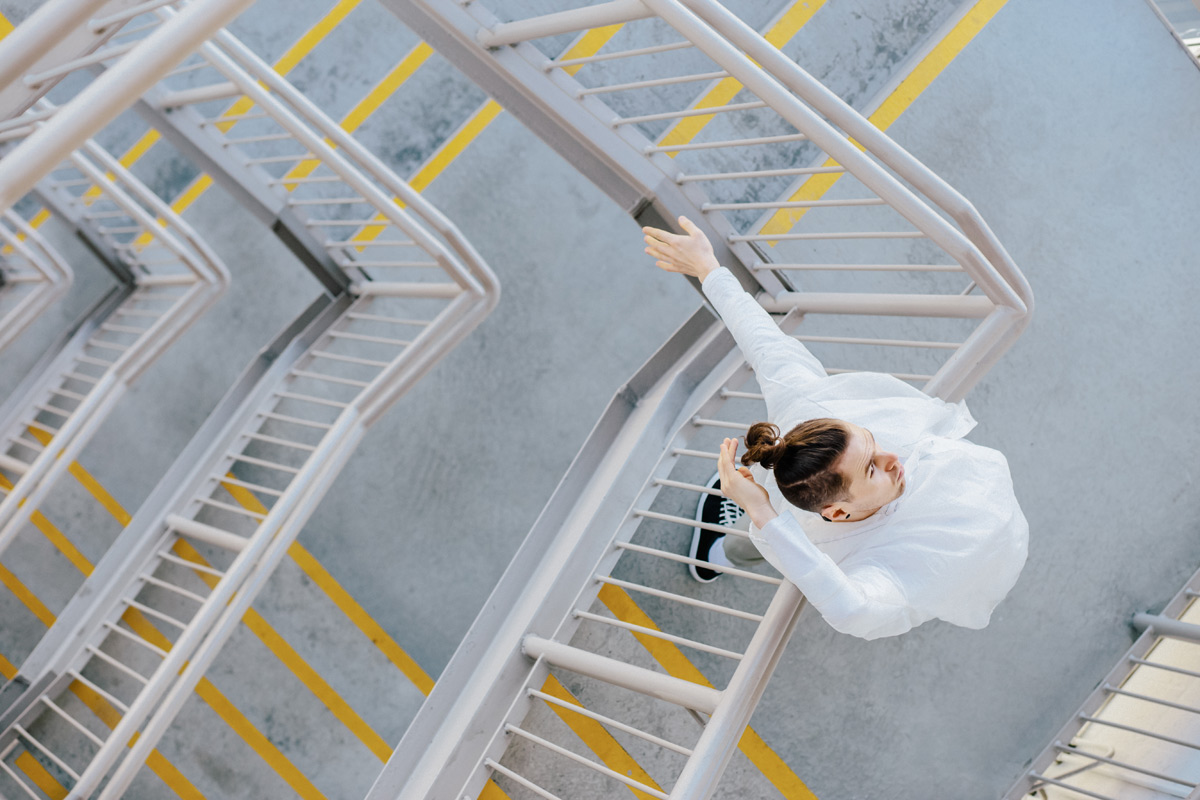 Braden is generally a decent guy! Before the discovery of urban dance, he was inspired by the characters in anime, comics, martial arts, and video games. He is now reputed in the Canadian B-boy community for a blend of stylish flow and abrupt awkwardness, both interpersonal and on the floor. Since joining Dangerous Goods crew, he has seen considerable competitive results and many opportunities to perform. His activity has earned invitations to judge and MC events, to teach, and to compete in jams like Red Bull BC One Canada Cypher. He is lucky enough to have danced across North America, Europe, and Asia. Braden is committed to the growth of the street dance community in the Canadian prairies, often returning to organize events, teach, and perform. He has found a new creative outlet in OURO and is excited to continue enjoying life as a movement nerd. 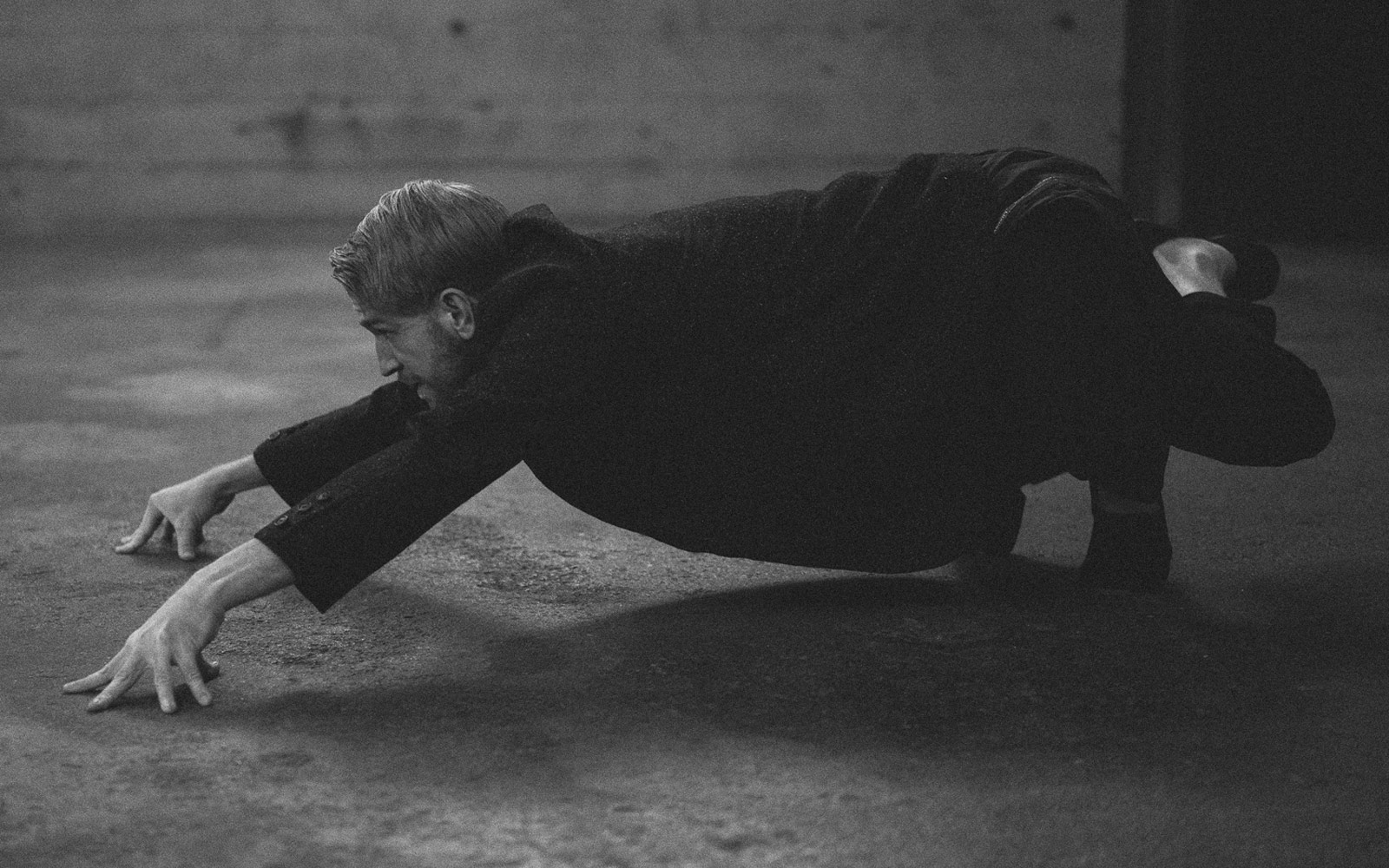 Mark has been fascinated by creative movement for over 14 years. Initially inspired by Jackie Chan and old martial arts films, he began practising acrobatics and delving into breaking in 2001. Honest expression, self-knowledge, education and its resultant creativity is of the utmost importance to him. He believes that it is through these means that you make your mark in the world. As a frequent competitor in high profile breaking competitions, Mark recently won “World Bboy Classics Vancouver” and went on to represent the North West at the world finals in Eindhoven, Holland. Mark has also been involved in creating, organizing and promoting a number of dance events in Vancouver such as: “The Floor Horsemen Present: Jam Masters Series,” “Fight Before Christmas,” “Kill Beats” and “The Unity Festival Vancouver 2013 and 2014.” Just as committed to youth work and education, Mark is a Senior Project Facilitator at Blueprint For Life, an organization dedicated to “Social Work Through Hip-Hop” (for which he received the 2013 TD/Michaëlle Jean Foundation Bursary). Highlighted choreography credits include Dance Allsorts, New Works Season Launch, Dancing on the Edge, and Project Soul. Mark is also a staff member of Unity Charity, DAREarts and the Royal Conservatory, teaching school curriculum through the arts. However, his proudest and most meaningful year has been spent as a member of OURO Collective where he’s able to combine his artistic interests with his community-minded focus. 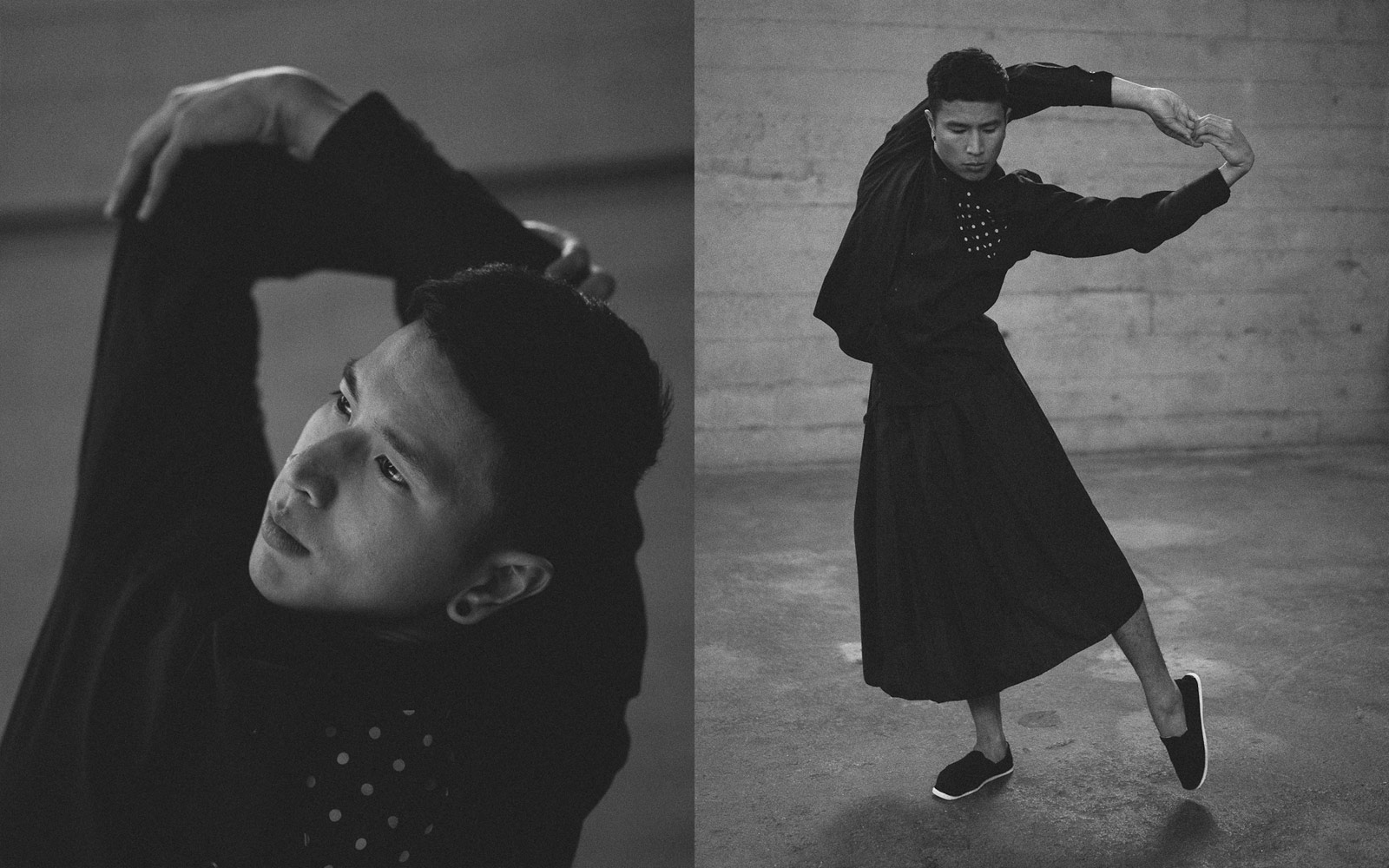 Antonio Somera Jr. is a quirky character, robust space-eater, and a nimble cat-lover. Based out of Vancouver, Canada, he is a member of emerging collectives: MAYCE, Konichiwaack, and OURO. After graduating with a BFA from the SFU Contemporary Dance Program, he had the privilege of interpreting works by: 605 Collective, the response. dance company, Dancers Dancing, Katie DeVries, Noam Gagnon, Rob Kitsos and Julie Chapple. Antonio has performed on various stages around Vancouver such as 12 Minutes Max, Vancouver International Dance Festival, OnTheBoards and Dancing on the Edge. Antonio recently worked in Seattle, WA, alongside choreographer KT Niehoff, in her remount of A Glimmer of Hope or Skin or Light in 2015.

During his travels and studies around North America, Antonio has grown a passion in Gaga technique, contact improvisation, and the urban street-style of waacking. waacker extraordinaire, Archie Burnette (New York) once told Antonio, “You’re too beautiful to be fake!” which inspired him to always be truthfully himself on and off stage. Antonio is also an avid participant in Vancouver’s street-dance community, instructing waacking classes and attending battles locally and internationally. Antonio’s lifelong artistic process is to create a vocabulary merging waacking and Contemporary techniques presented in both proscenium and urban settings.